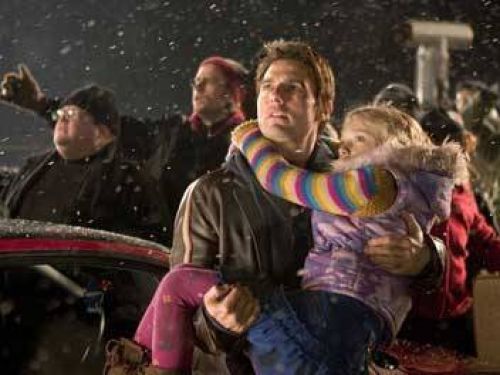 Its been a long time since I have seen a movie with a more stupidly annoying set of characters. I mean every single person in the movie requires a swift kick in the nuts in order to communicate. I did not watch the series so I don't how the characters in that were acted. There is a little girl in the movie that is allegic to peanut butter and is afraid of terrorists, the son is crazy, the father is crazy and everybody they meet in the movie is a head case. The movie has some intense scenes through even if the story is sketchy. "Do you have room?" So yeah there are some pretty good scenes but for the most part the characters get themselves into some very odd "lifetime movie" situations. Its worth the watch though, even if you just want to stick your hand into the television and choke the actors to death. I give it a 7 out of 10. Good science fiction movie but with annoying character acting. "There is room for a 100 more!"