running with the devil

Sometimes you feel like there is something more, something calling you, like the matrix but on dvd. Then you wake up.
High school? what? who? Apparently I've managed to erase all knowledge of everybody I knew in high school and not have a clue who they are or the silly stuff they used to do. It's six years ago, how am suppose to remember. Geek amnesia I think.
Have you noticed the sudden decrease in visible escalades driving around town for no good reason or is it just me? Or has all the matrix and "bling bling" hype died down. I need people to buy more escalades! Drive them around a bit or are they not cool anymore?
Seems like every rap artist at some point or the other sold snow. Get a record deal, learn to rap, sell a few CDs and get filthy rich and brag about how you had a hard time growing up selling snow. Buy some escalades and get shot a few times.
The local police have been doing spot checks of cars on the highway for past couple of months regularly. At first I thought is stopping random cars by the road and shooting them up if they refused to stop was a total waste of time, but now I kinda get the genious behind it. Not that I've seen it happen but that would likely be the end result.

Blue screen stop error this morning. Seems like any and everything on windows platform is doomed to crash sooner, later or every 5 minutes. Whether you careful or not you can not hibernate forever.
Probably it was because netscape was taking up over half my ram or maybe I should actually shut the machine down every couple a days. It's a pain to restart, you'll soon forget what you were doing the day before and most likely take you a whole freaking day to get back up to date again.
However the install disk saved the day, a simple check/repair boot sector option did the trick. I wasn't so going to format the machine that easly. Before I do I prefer to search through each dll with a wordperfect in dos from a ram drive or eat my own head.
Lesson learned: formating is the last option. One should keep a cool head an consider the options at hand.
And for the other none geek if you haven't been to the flash workshop archives or the chatroom go there now.

rabbit in your headlights

so I get home, late as usual. Found the note on the veranda. Perfectly align to the tiles in the walkway. Luckily for me the paper was cut half - so it was easier to read.

youths!
it's your time
Do you need a life?
Do you need security & love?
Do you feel bored?
Do you need fellowship?
Do you need information?
For this and more join the open bible outreach youths @ 26 avenue every friday at 7:30pm
Thank you,
[clip art no37]

I don't know how they found me but I hope they got the stuff when I get there. 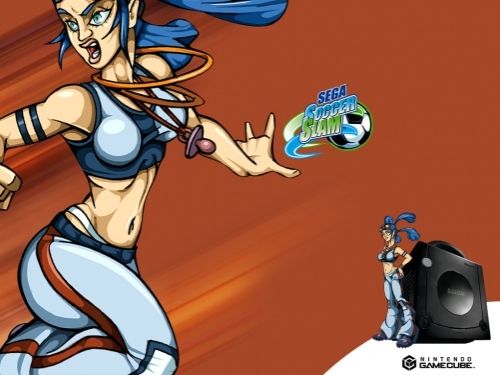 So I actually went outside this weekend. Since I nolonger had access to a electronic heating device (microwave) I had to go get one. My previous one had to go die on me unexpectedly.
Mega mart hires some really hot chicks - I should visit there more often.
I tried to hit this site with a cellphone last friday. Apparently cellphones suck when it relates to anything more than 9 kb. I'll have to build a separate little page for those stupid little devices.
Played Soul Calibur II for most saturday night. As I thought Tekken is more balanced fighting game, having the block button on the right side of the controller sucks. But overall it is a very good game only a bit on the wild/frantic side - hack and slash. Look ma! I can fight with one hand! and look good doing it! I should write a review on it.

shade commented: have you tried to code for mobile phones? i did a small online tutorial of wml and it was pretty fun/easy. i'm not sure that anyone would everwant to hit my site from a phone or pda though... ... read 2 more

far too many people drive honda civics in jamaica. only rich people drive bmws. nissan, mitusbishi and toyota are common as well. At the rate I'm going I won't be able to afford a evolution X - ever.
Ford F150s were the van of choice in 2000. that was before the cadilac escalades became so popular. There now people with 13 inch spiner hub caps - not cool buy some rims.
The new mini is cool. So is the vw golf.
rims are crusial. I wonder if I could buy an evolution 2. hmmm....