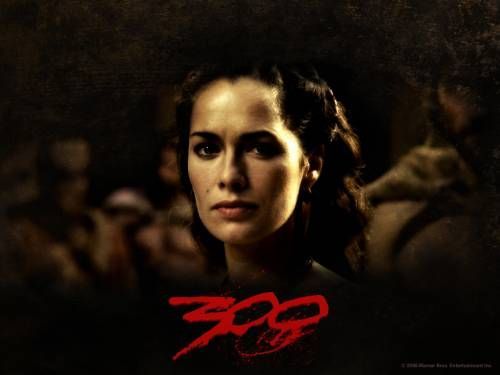 300 is everything the you'll expect, pretty graphics, awesome fight scenes, random unnecessary sex, and nudity. What they don't tell you in the trailers is that the movie has a very anti-climatic ending its hard to explain but you'll either forget about it or want your money back after you leave the theatre. All the wheat grass in the fields of Spartan will remind you of The Gladiator, probably too much. So its a story from a comic book. Its pretty, you can wait until it comes out on cable. The story is really simple and people shout alot, you should watch the movie for the action and the action alone. You'll be pissed at the end because of the lame ending but you will be happy with the blood and the gore and the gayness up until right before it ends.

So what is wrong with 300? Its a movie about 300 soldiers but most of the time you'll only see like 20. Regular normal people won't be affected by this but it pissed me the hell off. Its like my mind kept counting the guys on screen for some reason. Its really straight forward, most of the time with no background music which makes it really quiet.

I give it a 7 out of 10. Could have gotten a 8 but I'm never going to watch that movie again so it really doesn't matter. Wait till it comes out on cable.