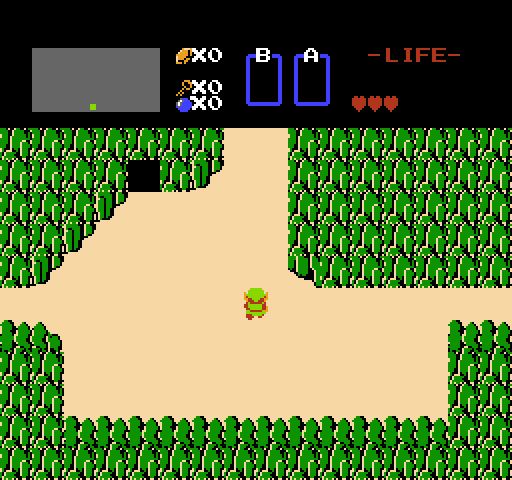 I am currently playing through the original Zelda 1 on the Nintendo entertainment system. An adventure game named after Zelda Fitzgerald a novelist from the 1920s who also has a charming little bio-mini-series about her life that you should check out on amazon prime - if you are into that service. As you may know I am into a tonne of retro stuff because new stuff fades away before you even finish paying for it. Anyway so I started playing Zelda, not sure what prompted it initially must be not being able to play BOTW or my own general idleness.

Its a great game so far. I am surprised how many things in the Zelda series of games originated from this initial game. Zelda: link to the Past is one of the first games that I ever completed and loved. I have played many of the other 3d Zelda games over the years but failed to get into Zelda 1 because it has a rough start. It throws you into a open world, weak and no apparent direction. I currently have 9 hearts and I am at the sixth dungeon and I still do not know which direction is up but everything is awesome.

I have tried playing this game before but never got into it because it starts out really slow and the player is very weak. Luckily this time I pushed through it to find a lovely little game under the surface. I could only dream of coming up with a game so simple yet so deep in this day an age of cover shooters and movie games. Once I got over the initial emptiness the game opens up to the point where some sections feel almost as if they are procedurally generated.

As of this writing I have been playing it for 3 weeks or so. I am slowly making my way through the game 1 boss at a time - savoring every moment because I know these old games are not very long.

I also have God of war 1, Persona4 and Metal Gear Solid 3 waiting on me but I am not in a rush to get back into those games at the moment. Maybe that was the reason I took up this game at this point in time - I may never know. GOW1 is a boring trek through pointless set pieces, Persona4 is interesting but very long and MGS3 is a movie with bad controls. I will dust off the playstation 2 as soon as I finish with zelda.