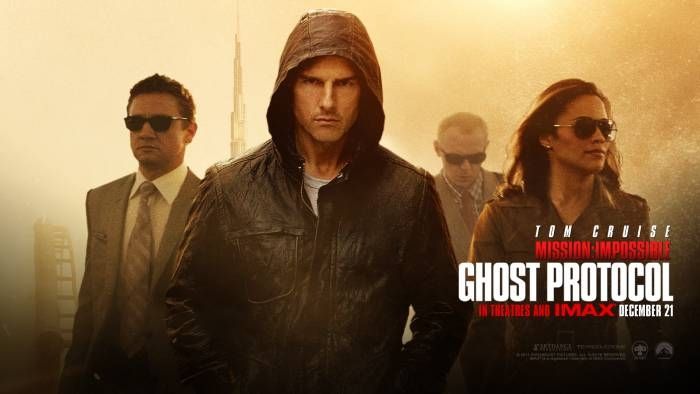 I thought it was pretty good. I don't remember them playing the mission impossible theme (you know at the point where it would start and you know some crazy shit is about to happen?) often enough. But besides that the stunts where cool with some seat of your pants action. The other team members manage to not annoy me too much which is surprising and none of them ended up being a double agent - which tends to happen allot in action movies nowadays.

Some elements are good but not as good as the Cliff hanging in MI3 or hanging above the computer room in the original MI movie but it certainly holds it own. Oh yeah and tom cruise does lots of running, I don't know how anybody can possibly out run him unless they were Bolt but its a action movie so the stunts are not really based on reality.

I give it a 9 out of 10. Lots of tech-gadgets and women and cars, running, no sex, no boobies, wicked stunts, hits to the head, almost feels like james bond, Watch it in the theatre just for the nice fly over scenes in Dubai.