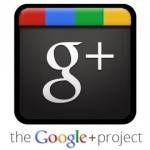 I've been to the Google+ and I can tell you its worst than you thought. Its like google buzz if you add too many people and at the same time its like facebook if you add a few uninteresting friends.

The stark contrast between a flood of random information and nothing at all is going to be an even bigger problem this time around. Especially since people have been flocking to it like rats. You will get invites to google+ until you finally cave in.

Calling it a closed beta is pointless because if you have any connections at all on the internet then more than likely one of them will be a "whore of the internet" and will send you an invite proclaiming that plus is the best thing since slice bread. Especially if you already have a gmail account plus sends emails out like a machine gun.

I think the problem with google+ is that it tries to be and do EVERYTHING which leads to a cluttered interface of videos and comment streams, +1 buttons and share links. Why do I need a share button when I'm already inside the social network that I sharing everything on? Its probably just a font size issue but google+ still hasn't learnt anything from facebook's font choices.

And for the people who don't think the interface is cluttered then I guess you have not noticed how many random popups there are. Popups are EVERYWHERE! you could be just minding you own business clicking on a regular link and the plus interface will decide that it need to pop up a wizard to ask you a bunch of questions - they are all over the place, questions, questions, questions, half the time you donot even know what you are agreeing to. By the end of the day you will have signed up to every application/company that google has made or bought out.

In the long run it may get better over time and its always good to give the "I can do and change whatever I want" facebook overlords some competition. But I think Google plus started off on the wrong foot; they threw everything into a bucket just to see what dies first, hopefully the whole thing doesn't infect itself and die. My opinion: scale back everything; the video links, the magical popups and bring the interface to a point of simplicity instead of trying to be a jack of all trades; twitter-facebook-flickr-myspace-digg-delicious clone.