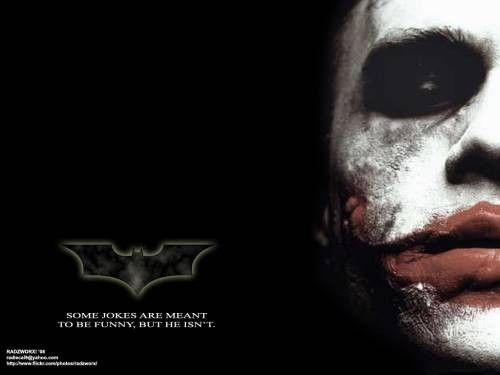 I will assume that if your reading this that you've watched the movie already. Now I'm not saying that its a bad movie, its was just too long, too many little stories and side quests and things happening. The movie took forever to get to the point or maybe I was just too bored and tired by the time I realised that the lawyer guy was two-face.

The movie should have been in 2 parts or maybe they should have cut out allot of the extra stuff. It felt highly edited and disjointed like a bad soap opera ( or maybe all soap opera hmmm). I can only imagine how much extra footage got left on the editing table.

Between batman's raspy voice, joker's constant tongue licking and cod chewing, there is a good movie in there. But you have to admit Joker could not have done all that shit by himself - batman must have been helping him.

The batman mobile is NOT COOL! Its suppose to be cool. Long tiresome ride. 8 out of 10.